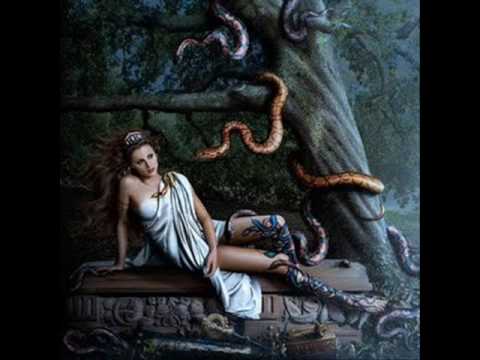 Today, so many gurus and fortune-tellers swarm in our markets and offer in affordable end-of-month promotion the remains of the invaluable Tantric, Tibetan or Hindu wisdom, what is most needed is undoubtedly a serious and profound guideline of real esoteric research. Perhaps this is why little is explored, from the esoteric prism, the access route to the incredible and magnetic personality of the ancient Macedonian king who prostrates to a world enamored before his feet.

It seems that Alexander was heraclida on the part of his father, that is, descendant of Heracles, the hero and demigod son of Zeus and Alcmena. This, the fact that in ancient religions the gods engender a human race and enthrone such a dynasty, also deserves a consideration study, but the waves of time will take us back to all this when the current university babel changes or sinks between its own mud.

Regarding the birth of Alexander, tells Plutarch that his mother, Olympia, before the night he met with her husband in the bridal chamber, saw how a ray reached her in the lower abdomen and, without causing pain, ignited a large flare that flooded her and then mysteriously spread out. Philip, husband of Olympia, was troubled by a dream that seemed to seal his wife’s womb, and the seal had engraved the effigy of a lion. The augur explained to him that Olympia was pregnant, because something that is empty is not sealed, and it was of a courageous child and similar in character to the lions. Plutarch still picks up another version that tells how Olympia had been discovered linking a dragon or strange creature in his bridal chamber, and it is famous that Philip lost an eye for having tried to spy through a crack the effective union of his wife with a dragon .

In fact, it even seems that Olympia, as a child, was initiated into the Orphic mysteries and the Dionysian celebrations, which represented dramas similar to those of the Thracian maidens of Mount Hemo, and that she exceeded in ritualism and devotion to the composure of her friends, for she liked to wear around her waist huge serpents domesticated by her, which, leaving the ivy and the mystical zaranda, curled up in the tirsos and the crowns of the frightened visitors.

It is curious to see how the birth of other historical figures has been overwhelmed by the constant prodigies that surround the event. Thus, a white elephant brushes the arm of Maya-Devi while she dreams of her pregnancy as Siddhartha Gautama, the Buddha; Two dragons veil the conception of Confucius in a cave, while the fairies light incense cauldrons, and Jesus is the product of the magical link between a dove and the virgin Mary. Alexander the Great died three centuries before Christianity was officially born, but his cult was so powerful that some symbols linked to the ancient Macedonian king were adopted by the new religion. As Christianity became increasingly popular, the bishops extended their influence very quickly. They tried to end the ancient cults, but many people still retained their faith in the gods of the past. The thing did not end there, some even came to believe that the new faith was not really something so new, but simply a different way of presenting the old beliefs. For centuries, many pilgrims visited the last resting place of Alexander, venerating him and asking for help to solve their daily problems or to achieve some goal. It was believed at the time that Alexander could make reality what seemed like a dream and provide health and happiness. He was not just a dead king, he was really considered a god, and in fact one of the most important in Europe, the Middle East and other regions of Asia. The story of Alexander the Great greatly influenced the accounts that gave rise to Christian doctrine. Alexander the Great brought the Hellenistic civilization to the East, farther east than anyone else had before. Although many regions of Anatolia and its surroundings were already under the influence of the Greek language, the creation of Alexander’s empire made it even more popular than it already was. According to a specialist in ancient languages, Alexander became the main reason why Greek was still so popular three centuries later: the time of Jesus.

Alexander loved peacocks. Apparently he saw for the first time one of these beautiful birds in Asia, and decided to bring it with him to his homeland. The feathers of the peacock then became a symbol of Alexander’s power, although centuries later they became the symbol of the highest bishop of the Catholic Church. Moreover, it is believed that the oldest paintings of the young Jesus portrayed the Son of God of Christianity with light brown hair because young Alexander’s hair was of the same color.
In Judaism it is believed that several prophets had visions of Alexander the Great many centuries before his birth. Isaiah, who lived five centuries before Alexander, writes in his chapter 19, verse 20 about this vision:

It will be like a sign and testimony of Yahweh Sabaoth in the land of Egypt. When they cry out to Yahweh because of the oppressors, he will send them a deliverer who will defend and free them.

Specialists suggest that the man described in this prophecy was Alexander. During the Persian domination, Alexander was considered by the Jews the incarnation of the expected Messiah. Isaiah also implies that the government of Alexander would be prosperous for Egyptians and Assyrians.

Two centuries later, the prophet Daniel predicted that a king would come who would occupy the throne of Solomon. The king Nebuchadnezzar had a nightmare, so Daniel begged God to reveal the meaning of his dream. The answer implied that he had seen the kings who would change the history of these lands, among them Alexander the Great. The prophet Daniel also predicted that the Hellenic king would conquer the Persian empire and that four kings of his same lineage would succeed him.
The prophet Joel, in the V century b. C., also saw Alexander in his visions: «Children of Judah and Jerusalem, you have been attracted by the Greeks.»

It seems that Alexander was a very expected character for the nation that laid the foundations of Christianity.

There is still another version about the birth of Alexander, which states that his real father was not Philip, but a strange king-magician and Egyptian astronomer, worshiper of the cult of Amun, who appeared at the Macedonian court and convinced Olympia to lay with him, from whose ceremonial union a formidable personage would be engendered. Nectanebo is the name that the old chroniclers transcribe, although it is a nickname that corresponds to a whole dynasty of religious officiants. It also seems likely that Olympia was assisted in her birth by this singular character, to advance or retard the birth until the sky was at its greatest splendor and all the propitious planets. Nature deployed an energetic beam of thunder, lightning and atmospheric phenomena, and it is a fact that its birth coincided with the burning of the temple of Artemis in Ephesus.

And here, perhaps, the story of Alexander is linked with the enigma of the Siwa oasis. The dynasty of the unfortunate king Psammeticus is the XXVI. Psammeticus is dethroned around 524 b. C. (5). Egypt is condemned to Persian domination; It is the XXVII dynasty, under the yoke of Cambyses, Darius I and Xerxes. The XXVIII and XIX dynasties try to recover the old values, but it is the XXX dynasty, that of the Nectanebos, which mysteriously links with the powerful magnetic current of the towns of the Hellas, bathed by the fertile Mediterranean. And although the Persian wave swallows again the mystical land of the Nile and covers it with its thick influence, this blond prince born on a strange stormy night will free him from his yoke and proclaim himself king (or pharaoh) of Egypt in Memphis. Strange oracles presides Amun, but his incarnation is effective. Two hundred years separate the enigma of the oasis of Siwa from Alexander’s empire, but its fruit, at last, saw the light, and the Egyptians did not hesitate to turn to the Macedonian Kchatriya and adore him as a son of the Sun.

When Alexander was in Egypt, he undertook the long journey to the temple of Amun. The soldiers marched darkly, remembering what happened to Cambyses’ army, but this time the dew of the sky and the abundant rains that fell dissipated all traces of thirst. The sands became wet, the air acquired pleasant and breathable qualities, and even the confused and wandering troops saw black crows emerge, leading the march, accelerating when the men followed, and stopped and waited when they were delayed. Plutarch collects from the true Callisthenes that the birds called with their voices and caws to those who were lost in the night, returning them to the footprints of the road. We know, from what Alexander explained later to his intimates, and by those who were present, that at the oracle of Siwa, the prophet of Amun confirmed his condition as son of the solar divinity and offered a favorable omen about his campaigns. In any case, what happened there escapes the official history.

There were fabulous prodigies. The statue of Orpheus waved copious sweat in front of Alexander’s army. An eagle glided on its head and headed its victorious hosts at Gaugamela, and a fountain changed its course and ejected from its margins a bronze plate with the effective decree, in ancient characters, of the Greek victory over Persia. Marathon, Salamis and Thermopylae took on historical significance and karmic leveling.

Darius’ mother, abandoned by her son, is treated as a goddess by Alexander. Ensures your protection and integrity. He establishes eighty royal marriages between the Macedonian and Persian nobility (he married Stateira, the daughter of Darius, and  with Hephaestion his sister Drypetis). Dress the toga meda and the Persian tunic; Sister both peoples in a superhuman effort. The Macedonians adore him, the Egyptians consider him his son and effective pharaoh of Memphis, descendant of Amun; the Babylonians and Persians will come to render him royal adoration as an incarnate deity. Cowardice, spirit of an abject or post-racial race? Alexander never demanded such. Did they love the halo of divinity after royalty? They never got that far with their own kings. The Persians love him more than the Greeks. Who was Alexander?

His enemies join him after the defeat. Oxiartes, brother of Darius, or the Indian king Porus, enlisted among the «companions», ratify the miracle.

His army was composed of engineers, experts in geometry and ballistics, architects, bridge builders, ships and warlike devices on the march, explorers and informers (the so-called bematisti, precursors of current espionage), surveyors, botanists, astronomers, epigraphists, grammarians , historians and poets.

He first introduced the Olympic Games in Asia, with chariot races, archery, tournaments, horse riding, athletics, theater and dance. The tomb of Cyrus the Great in Pasargada, the palaces of Assyria, Ecbatana and Susa, the ziggurats of Babylon and the bas-reliefs of Nineveh enveloped Alexander with his quiet bows. It opened unsuspected commercial routes, established a bridge between different civilizations, imbricated the complicated relations between Zeus and Amun, Heracles and Melkaart, Mitras and the Army; he drew an invisible bond of union between opposing peoples and showed them a single identical sky on their foreheads.

History is a goddess full of mysteries. In it he writes Destiny, dipping his pen in fire, in bronze decrees.